Rule is a set of conditions using which you can take required proxies from live list. This means that rules will be applied to already checked proxies. Rules can be used to set up output of proxies matching certain criterias. For example, you can take only anonymous or elite proxies, with maximum speed and minimum delay, not banned in Google or Twitter, only russian proxies to work with russian resources, etc.

Delay - sorting proxies by delay time from minimum to maximum.

Referer - filtering proxies that allow to send Referer in headline.

IP subnet - filtering proxies by range of IP-addresses. It allows to take proxies from certain subnets.

Relaxed - makes rules not so strickt.

Create new rule. Drag and drop required components to Assembly panel and configure their properties. After that save the rule, it will appear in rules list. To apply a rule, you should select it in output settings. 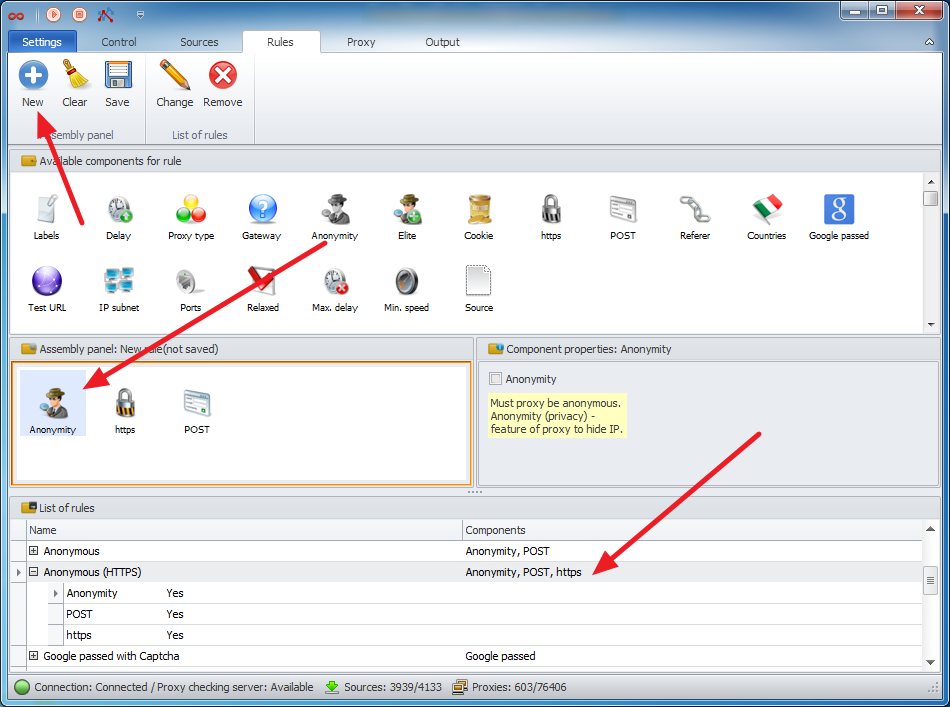 Google passed with Captcha - proxies not banned in Google that require to confirm kaptcha.

Choose files or drag and drop files
Was this article helpful?
Yes
No

Comments are disabled for this article